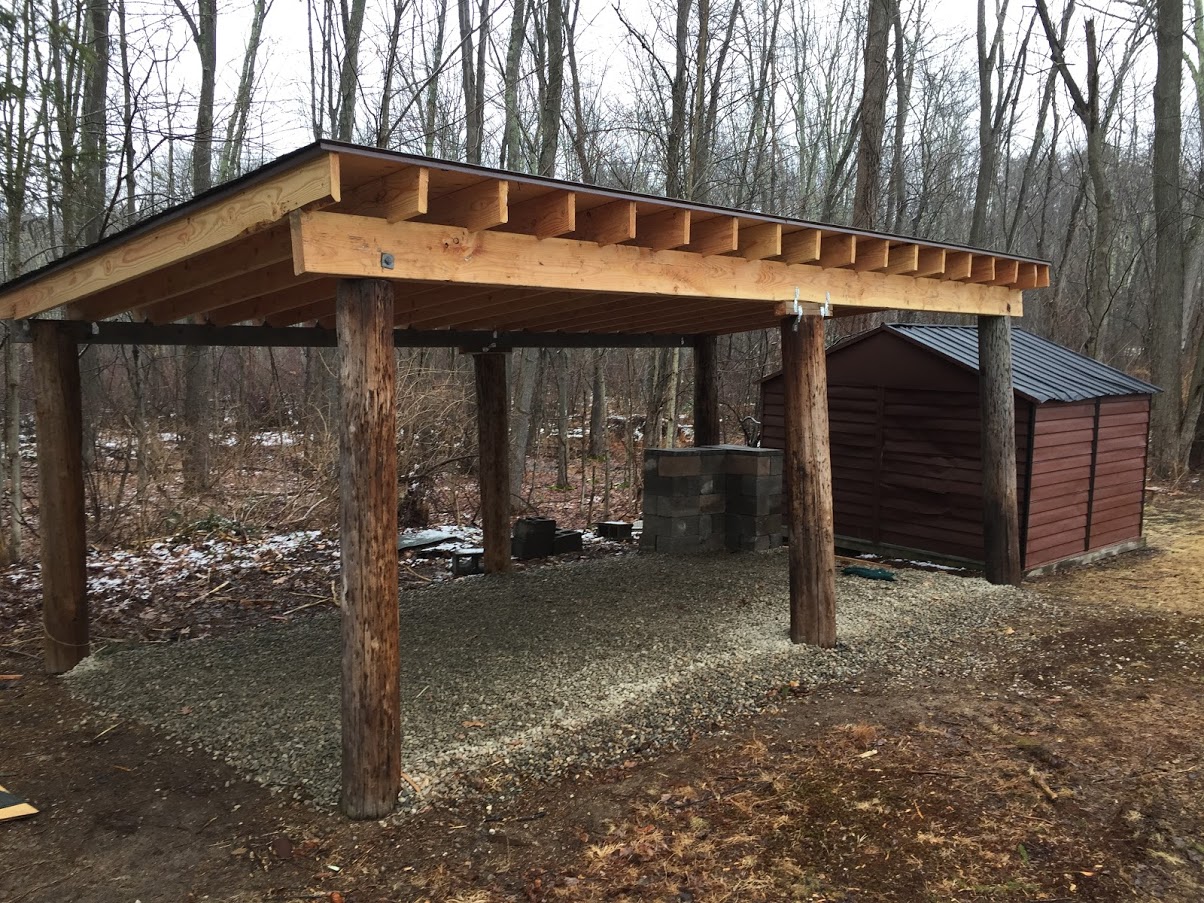 In order to be come an Eagle Scout, every candidate must create and lead their own community service project. For my project, I worked with the local Grange in Simsbury, CT to replace the old pavilion behind their building. The project was over 150 man hours and $1000.

Built in in the 1930’s as a pavilion with a large charcoal pit for lamb roasts, by 2017 half of the roof had disappeared and the other half was on the brink of collapse. Poison ivy and other weeds had overrun the area as well, with trash and other debris adding to the mess.

I decided that this would be a cool project to undertake and help out the community. Working closely with my troop’s Eagle Scout Advisor, I began the elaborate paperwork and planning required for an Eagle Project. After my proposal was approved, I began the fundraising process while developing a more detailed project plan.

Using a GoFundMe page to collect donations, I reached out to friends and family to secure donations totaling $1000, as well as secured a significant discount on the cost of my materials from Sanford and Hawley in Avon, CT.

Before we could build a new structure, we had to remove the old. A few friends, my dad, and I came out with proper PPE and tore down the remains. We also removed all the weeds and trash on the ground.

Now the real work began. I used signups and announcements at the weekly troop metings to gather scouts and adults to help me out, and led them on work days. I had younger scouts work on leveling out the torn up ground while adults and older scouts helped me install the primary beam supports and rafters following standard construction practice.

Hurricane ties were used to secure the rafters to the joists. We then staggered plywood across the rafters, two layers of tar paper, and then shingles. Final touch for the roof consisted of the metal flashings around the edges to seal everything in.

After the main construction, we laid down 3 tons of gravel to provide a stronger ground surface. I also built a counter in the corner to match the grill and organize food. The grange later added chairs and a table to complete the space.